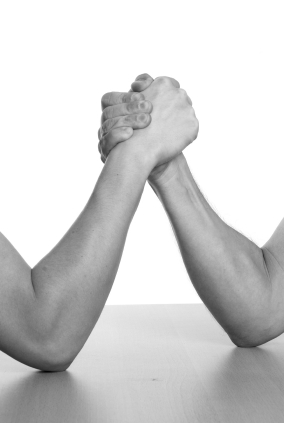 Unlike most countries, there is not one definitive ccTLD in India.Â  Canada has .ca, the United Kingdom has .co.uk, Australia has .com.au, but India has both .in and .co.in in widespread use.Â  One of the most common questions people ask when starting to invest in Indian domain names is whether they should invest in .in domains or .co.in domains.

Here are a number of factors to take into account in making that decision:

1.Â  .Co.inÂ is India’s originalÂ ccTLD.Â  It is the extensionÂ that endusers in India are more familiar with and has a strong presence in consumers’ minds.

2.Â  There are many domains for which the .in version is registered, but not the .co.in – it is rare to find the reverse situation.Â  From what I’ve seen though, this is mainly the result of purchases by domainers.

4.Â  .In is shorter – companies generally prefer to use shorter domain names.

5.Â  If you look at reported sales, .in domains generallyÂ command higher prices.Â  From what I’ve seen, they are also more liquid.

6.Â  .Co.in is more likely to be used by a domestic Indian business – and there are still millions of them that do not have their own websites.Â  On the other hand, international companies tend to use .in.

Right now, .in tends to be more popular with domainers, primarily because they believe that even though .co.in is better established, .in will become more popular and overtake .co.in.

I personally believe that India is large enough that both extensions will do well and be used extensively.Â  In my opinion, both extensions are worth investing in, keeping in mind the slightly different uses and audiences of each one.

I’m an owner of a web hosting company and I’m excited to offer both of this however, I’m actually confused which one to use so I google it and this blog came out. Good article! And I agree with you.

20% of my customers were from India. Although I still recommend for them to go for .com, .net, or .org because of Internet marketing purposes, They will always tell me that they only focus on Indian community. Having a .com makes them global. Having a .in makes them local.

I’m curious how .co.in and .in performs in Google. Can anyone pls. tells me which one is better for SEO?

I’ve found that sites with .in and .co.in rank better in Google.co.in – I don’t think that there is any difference in terms of SEO between .in and .co.in.

What do you suggest? to register .in or .co.in

if my customers have 100 domains to register it will cost him double because now he’ll register all of them in .IN and CO.IN

.IN seems to be the most popular by far.

“Right now, .in tends to be more popular with domainers, primarily because they believe that even though .co.in is better established, .in will become more popular and overtake .co.in.”

1. .in is popular with domainers coz thats whats in demand from end users.

2. .in has already overtaken .co.in, in every aspect.

A good number of those .in names were sold for bargain prices-looking back that is. I can’t believe poker.in went for less than $3k!