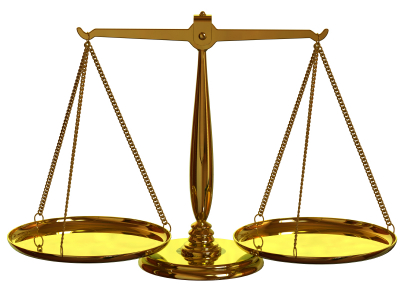 Pravin Anand is known as the leading IP lawyer in India. So, I’m very excited and thankful to Mr. Anand for taking some time out of his busy schedule to clarify the often mysterious law regarding domains in India. You can find a brief biography of Mr. Anand here. You can also find out more about Mr. Anand’s legal career and how he got into intellectual property law in this interview by Halsbury India.

How does the INDRP process work?

The INDRP (.in dispute resolution policy) works in a similar fashion as the WIPO URDP Proceedings. The .In registry has a set of rules which may be found on their web site www.inregistry.in. The detailed process is set out here.

How common are INDRP proceedings?

.In disputes are becoming increasingly common. This is especially so because an extra ordinary number of .in domain names have been registered. Recently these registrations crossed the 400,000 mark. Cyber squatters are the main cause of such domain name disputes. However the .in registry has been very proactive in dealing with such squatters, including awarding compensation to the complainant, which is a step that the WIPO URDP has never taken. So far 53 domain name disputes have been decided by the IN registry over the last 2 years.

What is the test for “bad faith” under the INDRP?

As per Paragraph 4 (iii) of the INDRP, in order to successfully adjudicate a dispute, the Complainant is required to prove that the disputed domain name was registered in bad faith.

Under paragraph 6 of the INDRP, the definition of bad faith is given as follows:

In one of the very first complaints to be decided by them i.e. the case of www.hindustanpetroleum.co.in, it was found that a Respondent registers a domain name using a trademark in which he has no right or legitimate interests will be found to be operating in bad faith. Again in the case regarding domain name www.vodafone.co.in the Arbitrator found that bad faith was established if the Complainant could prove its rights to said trademark and thereby proved that the disputed Domain Name has been registered intentionally only for the sole purpose of selling it to Complainant and only for making money from the Complainant. More recently, in the dispute for www.rediff.in, the registry accepted as evidence of bad faith, the willingness of the Respondent to sell the disputed domain name to the Complainant for a sum of money.

What are the practical differences between the INDRP and the UDRP?

Since the INDRP relies heavily on the Arbitration Act 1996 and Indian Evidence Act 1897, the rules as to procedure differ slightly from URDP. INDRP pleadings are required to be more detailed then URDP and make room for written statements and replications/rejoinders. Therefore INDRP Complaints more closely resemble Court pleadings than their international cousin.

Practically, it is pertinent to note that the INDRP panelists may call for the Complainant and allow for personal hearings, which is unheard of in URDP proceedings.

Another important difference between the UDRP and the INDRP is that under the UDRP, a Complainant can not be compensated by the cyber squatter upon winning the action. The WIPO UDRP powers extend only in so far as transferring the disputed domain name to the rightful party. However, NIXI has been innovative in dealing with cyber squatters and has begun awarding the victim companies/persons costs in order to deter cyber squatters.

After decisions like Computer.in, Business.in and Internet.in, are owners of generic .in and .co.in domains in danger of losing their name?

There has been a lot of concern over cases where seemingly generic terms were taken away from their owners by .IN Domain Name Dispute Resolution Policy (INDRP). The INDRP has also expressed the view that since Generic terms are considered public domain and usually given no protection under UDRP because the words are widely used, allowing registration certain terms like Internet.in would offer an unfair competitive advantage to the owner. Trademark owners of generic words can take heart in the fact that generic domains are available for registration on a first come, first serve basis under the INDRP and that the case of Internet.in may well be considered the exception not the rule.

Thus the rulings of the INDRP, in general, seem consistent along the lines that if the respondent does not have a legitimate business use for the domain or it is construed that the owner has registered the name with the sole purpose of selling the domain, then the complainant is awarded ownership of the domain.

Are the owners of acronym domain names (such as three letter domains) in danger of losing their names?

After the srcm.in decision, there has been a lot of worry about acronym domain names. However, much of this worry seems to be misplaced. A closer reading of the decision proves that bad faith was found by the Panel on the grounds that the disputed domain name was deceptively similar to the Complainant’s trademark. Further, the Respondent had no explanation for why he was using the said acronym as his domain name. As such honest adopters of domain names have little cause for concern.

How can a domainer look up registered trademarks in India?

Registered trademarks can be looked up on the patent office web site which is www.ipindia.nic.in. However one needs to know the registration number in order to look up marks.

A piggy bank is also maintained by the registry. To gain access to the piggy bank, a formal request needs to be made to the Registry in writing. Similarly one may apply for an extensive trademarks search with the Trade marks Registry in order to receive such information.

Are there any other relevant laws that Indian domainers need to be aware of?

Apart from the INDRP rules, the Indian domainer needs to be aware of the provisions of the Trade Marks Act 1999 (amended). This is especially so as the Indian Courts have declared that domain names operate in the same fashion as trade marks in attracting and maintaining the consumers’ goodwill and cases such as Yahoo! Inc. v. Akash Arora & Anr. Indian Courts have held that trademark law applies with equal force on the Internet as it does in the physical world.

As previously mentioned the INDRP relies heavily on the Arbitration Act 1996 and the Indian Evidence Act 1897. As such any domainer looking to register or dispute ownership of domains in India should familiarize himself with these statutes.

In terms of laws relating specifically to the Internet, the domainer should be familiar with the following Acts and Rules:

The domainer should also be aware of the URDP, as the INDRP relies heavily and borrows consistently from the ICAAN domain name decisions.

Are there any restrictions on registering Indian domains?

The Government of India some years back established the Computer Emergency Response Team, or CERT-IN, as a means to monitor all incoming and outgoing Internet traffic from India. Currently, there is no established law as to which websites the government censors, or when. In the past, mainly pornographic and anti-establishment political websites have been blocked.

Adult web sites are restricted as being against public morals and decency. MostÂ registrars and hostsÂ will not register or host web sites which contain adult contents including pornography, warez sites etc. However the discretion as to what the “adult” material is has been left entirely to the registrars and hosts of web sites.

If you were in charge, what changes would you make to the INDRP to make it fairer to both trade mark holders and domainers?

While the INDRP policy has so far been quite fair on both trade mark holders and domainers, if anything recent cases such as the hotel case and job.in cases have shown that the Registry is willing to give the respondents / non trade mark holders the benefit of doubt. The policy of the INDRP seems to be “innocent until bad faith is proved” which is a higher standard than many other country level domain name dispute agents.

The INDRP has no provisions for appeal herein. As such an important and much welcomed change would be the introduction of an appeal process against the INDRP judgments. Further there is not much transparency as to exactly how the Panelists are selected in INDRP disputes. Careful selection of Panelists based on knowledge and experience in both Cyber and trademarks law would be a welcome change in this field of law.

What future developments do you see in this area of law?

As Internet law will continue to grow as will the need not only for lawyers familiar with Internet issues but also advisors who will assist their clients with issues related to the Net.

Further given that there is no easy or quick method whereby to check up on registered trademarks, an important future development might be to introduce such a procedure. For example have a list of well known and registered trademarks on the INDRP web site or uploaded unto an easily accessible database. This would not only avoid confusion at a later stage but also allow the registrars and complainants alike a certain amount of security.

Thanks very much Pravin Anand!

We buy over 100 Generic Indian Domain Names in Premium Quality.
We start in 2006 and we have till today not one Problem with Indian Law ore with our Provider in Mumbai.
We are from Europa and we Trust our Indian Internet Business Partners.
All Start in a big new Way is with Mistakes and some Problems.
The India Domain Name Business have a big Future.
Thanks
Dr. Goldstein
http://www.indish.in

I just wanted to add that this blog is very informational for someone like who until now,I did not have a clear picture of the indian domain names business.
Currently, there is no established law as to which websites the government censors, or when. In the past, mainly pornographic and anti-establishment political websites have been blocked.

Is it possible to initiate action against a blog title (third level subdomain) or bring it under the ambit of domain name for trademark infringement?

The INDRP only applies to domain names, not subdomains. For subdomain issues, you’d need to use traditional legal remedies.

Great post! I think this will become a growing issue as more and more people register Indian domains. I’m a big believer in the potential of the market and hope that people focus on buying these domains for the right reasons!

I saw your page at https://inforum.in/blog/2008/05/14/indian-domain-law/ and wanted to let you know about two free sites for patent research, http://www.sumobrain.com and http://www.freepatentsonline.com

These sites offer free patent searching with more data and more features than any other free site, including free PDF downloading, annotating documents, organizing research into folders, sharing documents with other users, and alerts for new documents of interest.

A link to let your users know about the site would be great!

Thanks for the info here, i’ve had to write a bit about domain regulations for a recent article and found this quite informative.

Since the INDRP relies heavily on the Arbitration Act 1996 and Indian Evidence Act 1897, the rules as to procedure differ slightly from URDP. INDRP pleadings are required to be more detailed then URDP and make room for written statements and replications/rejoinders. Therefore INDRP Complaints more closely resemble Court pleadings than their international cousin.

Another important difference between the UDRP and the INDRP is that under the UDRP, a Complainant can not be compensated by the cyber squatter upon winning the action. The WIPO UDRP powers extend only in so far as transferring the disputed domain name to the rightful party. However, NIXI has been innovative in dealing with cyber squatters and has begun awarding the victim companies/persons costs in order to deter cyber squatters.